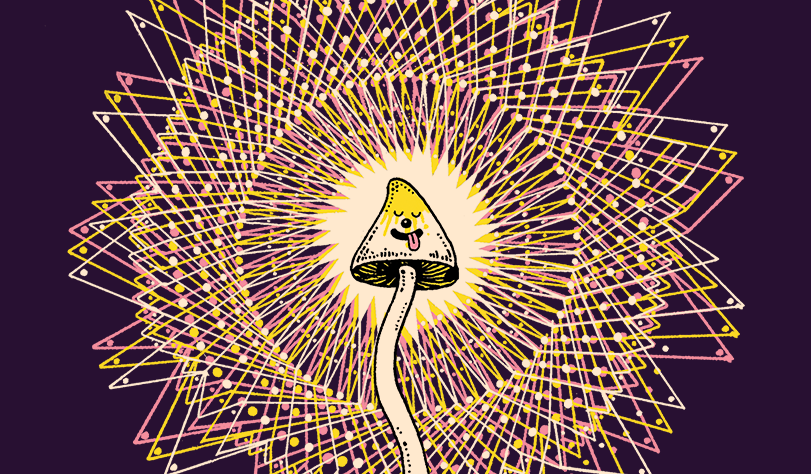 Brian Blomerth first fused his singularly irreverent underground comix style with heavily-researched history in 2019’s Brian Blomerth’s Bicycle Day, a Technicolor retelling of the discovery of LSD. Now, the illustrator and graphic novelist continues his wild and woolly excursions into the history of mind expansion with Mycelium Wassonii, an account of the lives of R. Gordon and Valentina Wasson, the pioneering scientist couple responsible for popularizing the use of psychedelic mushrooms in the United States. The Wassons’ journeys took them from Russian folk wisdom to midcentury Manhattan, from the indigenous traditions of the Mazatec people of Mexico to the mysteries of ancient Rome. A globetrotting vision of science and mysticism with appearances by J.P. Morgan, Robert Graves, Life magazine, and the CIA, Mycelium Wassonii is a visual biography and a tragic love story as only Blomerth’s Isograph pen can render it.