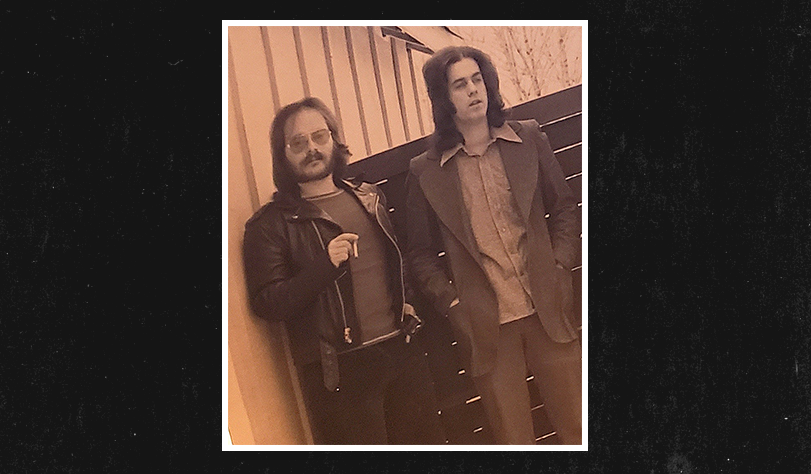 Anthology Recordings is pleased to present Outside This Life, 1968-1976, a collection of ten songs celebrating and documenting the songwriting partnership of Jimmer Glynn and Alan Rackin. Newly mastered and available digitally for the first time, the songs featured move deftly between country funk, protest folk, and sunshine pop, showcasing a mastery over instrument while forefronting their brilliant songwriting.

In 1966, Jimmer Glynn and Alan Rackin met at high school in their hometown of Livingston, New Jersey. Bonding over their love of The Beatles, Jimmer and Alan formed a band and made a pact to pursue their music professionally.

The duo landed an audition with Apple Records in 1970 on the back of a demo submission. When they touched down in London, they were met enthusiastically by the label’s press officer, Derek Taylor, and somehow wrote and recorded ten new songs during their short time across the pond. Days later, Paul McCartney announced his departure from The Beatles, and the duo’s hopes, and demos, were dashed by the news that the label had limited the signing of new artists. After reuniting for sessions throughout 1973 and 1974, they landed a contract with Mohawk, a small record label in New York. They set out to record their debut album in 1975, but due to disagreements with the sound engineer, the record was abandoned by Mohawk and never completed. Jimmer and Alan’s professional collaboration came to an end as well.

Although their music never reached a wide audience during the heyday of their recording, the connection between Jimmer Glynn and Alan Rackin stands alongside many other classic songwriting duos of the era and ilk. Outside This Life is an ode to that chemistry of friendship and the power of youthful zeal, and a long-deserved celebration of their life’s work.