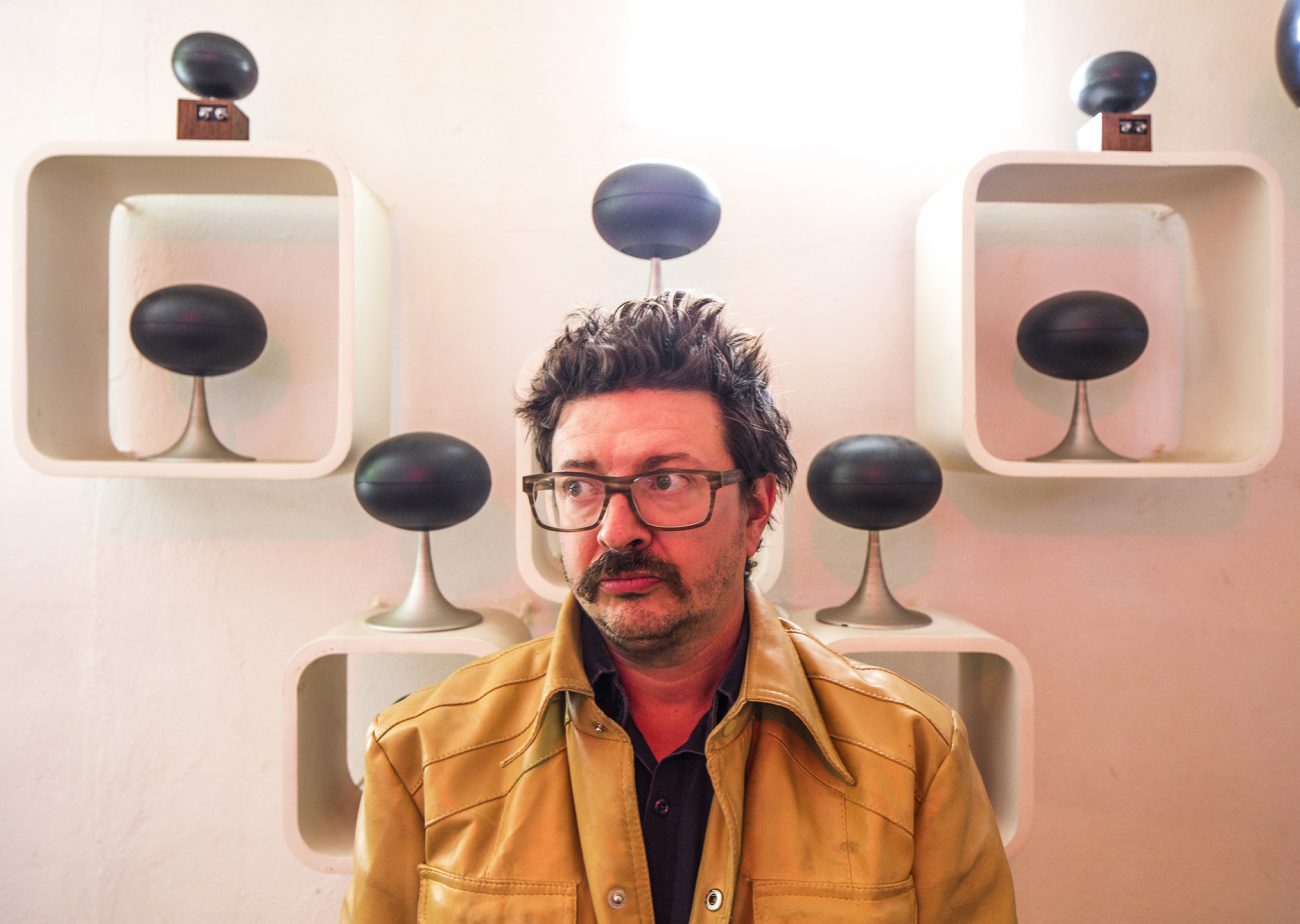 If anyone has a direct remote control to the magic of Marfa, Texas, it’s artist/restaurateur/musician/feverish collector, Adam Bork.

He co-founded the renowned Food Shark which brought falafel pitas to the West Texas desert.  He started the “Artist Elimination Project” where he blew up two decades of previous artwork. And then there is the weekend only food saviour, “Late Night Grilled Cheese Parlour”, which is currently closed and being relocated within Marfa. But one of our favorite offerings from Mr. Bork, would have to be the “Museum of Electronic Wonders” , a tiny space which houses Adam’s insane vintage television and recording equipment collection. We payed a visit to the man and threw him the ol’ HIGH FIVE.

1. What brought you to the passion of collecting?

Uhhhhh… I believe extreme disappointment with mid 80s – early 90s product/ vehicle/ architectural and everything design. I hated the way EVERYTHING looked around me in my late teens/ early 20s and once I realized most things from the past were more attractive (mid century televisions/ cars/ stereos/ speckers etc.) I started slowly but surely surrounding myself with that stuff to combat the offensive, unimaginative crap that was offered to the masses at that time. Perhaps crappy conservative  Reagan and crappy conservative Bush in the crappy conservative White House of the early 80s to early 90s helped America and much of the rest of the world make such boring shitty unimaginitive conservative black and grey plastic crappy crap. Automobiles too… so generally terrible in that era. 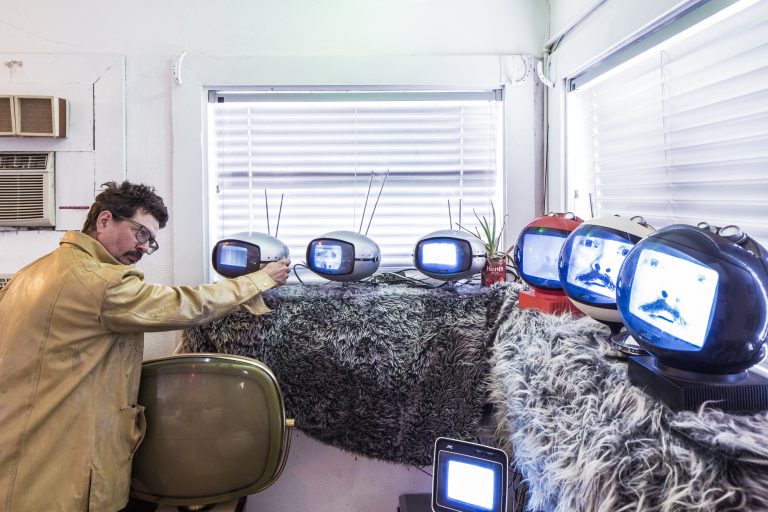 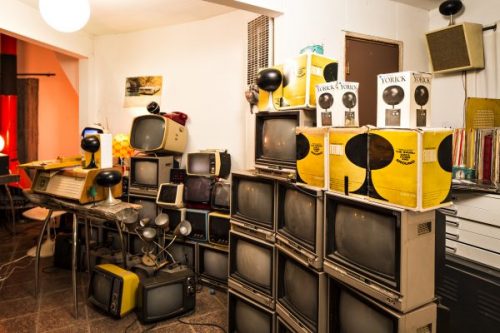 2. Tell us about your favorite pieces…

Well, JVC Videospheres (tvs), Panasonic TR-005s (tvs) Philco Predictas (tvs), Weltron 8 track players, Radio Shack late 60s tulip base speakers all speak to me and I’ve collected a few examples of each over the years. Just really nice, well thought out designs, made when you had to make them out of clay by hand first and all that. Less computer aided design, perhaps. 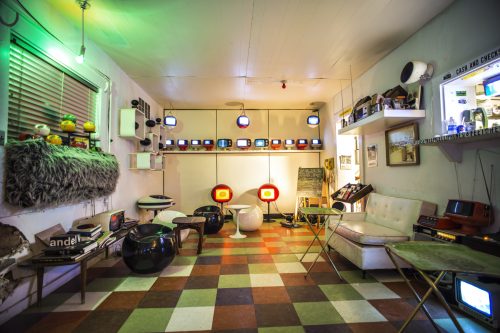 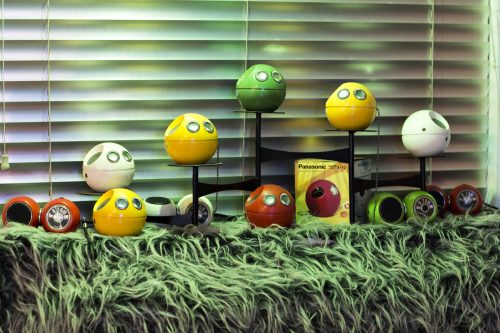 3. What was your latest aquisition? Any ‘holy grail’ piece you’re lookin out for?

Got a restored Weltron 2001 8-track/ FM/ AM stereo from around 1970… restored cosmetically and electronically. 8-tracks sound great through it. 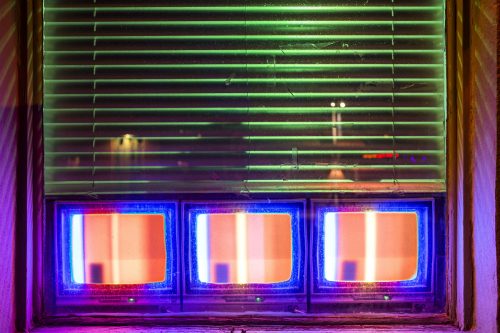 4. Do you have a special moment to share regarding your collection?

Yeah, back in 2002 I shrunk my collection because I had been paying storage unit fees for like 3 years in Austin, TX after I had moved to New York City in ’99 to watch video. I used to have 25 mannequins as well, now I have zero. I live in Marfa, TX now and own my own home and have some restaurant spaces where I can display electronics etc. so i’ve built up the collection again. 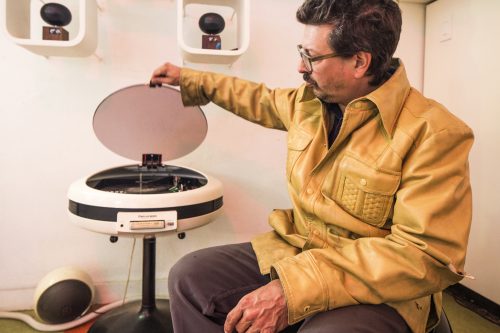 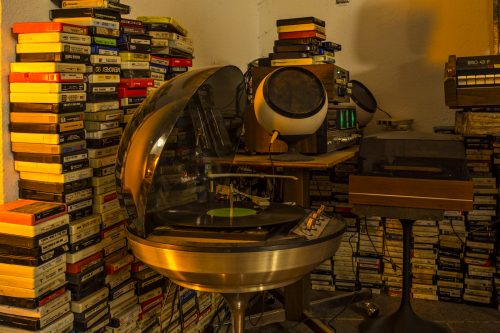 5. What are some inspirational records in your life? Do any connect directly with your collection?

Yes, ok…I have four copies of Neil Young’s On The Beach album from 1974 on 8 track, one still in the package. I just opened one up a couple months back when the most recent one I had started to drag and be worn out. I love the Tonight’s The Night album too but those 8-tracks always break or drag or something. Something in the manufacturing process with that one means I can’t listen to Tonight’s the Night. Nilsson’s Pussy Cats is great as well. I’m really enjoying this John Lee Hooker “Endless Boogie” 8 track that’s playing right now from 1970. Oh also, I must have 5 or 6 copies of Alan Price’s 1973 soundtrack to the Lindsay Anderson film ‘o lucky man! which starred Malcolm Mcdowell. I listen to that one often. Think I have at least two copies of that one still sealed and at least two that float around to play in different 8-track decks around town.