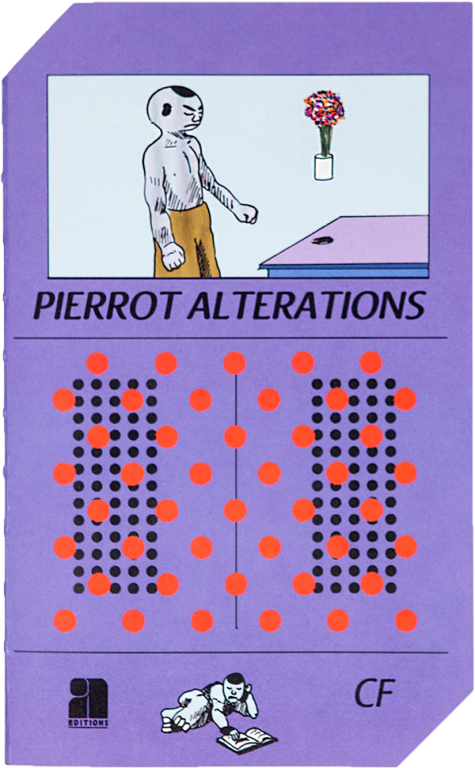 The character of Pierrot, the archetypal “sad clown” of artistic tradition, has served as a beacon of inspiration for vanguard figures from Picasso to Kenneth Anger to David Bowie. In the new 56-page zine Pierrot Alterations, the acclaimed underground artist CF approaches this mythic figure through an enigmatic haze of bizarre characters, dreamlike action and stunning visuals. Presented in vivid color with wit and inventiveness, Pierrot Alterations continues CF’s bold experiments with graphic storytelling and with the print medium at large./p> CF (Christopher Forgues) is an artist and musician born in 1979. Called one of the two “most important cartoonists of [his] generation” (Art in America), he is best known for his association with the maverick Providence, RI underground arts scene, and for his graphic novel series Powr Mastrs. His work has appeared in acclaimed anthologies like Kramers Ergot and The Best American Comics as well as mainstream publications like The New York Times. 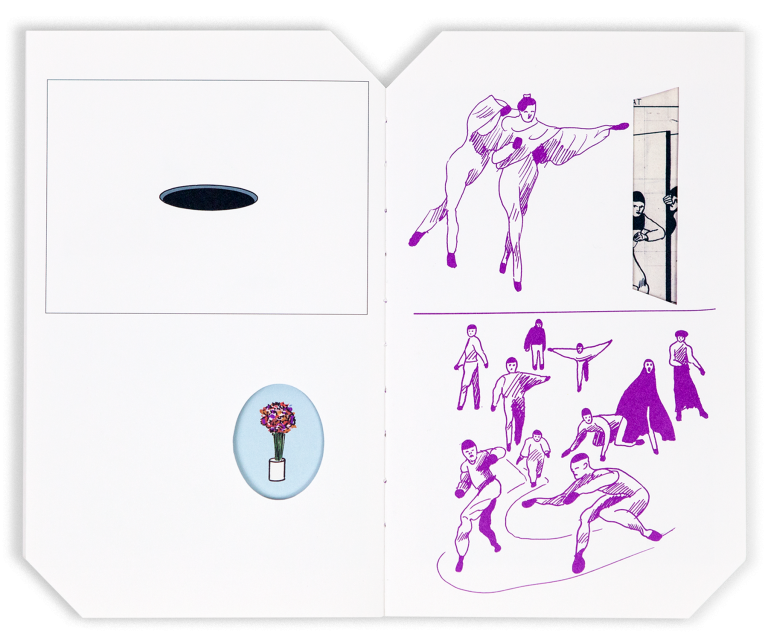 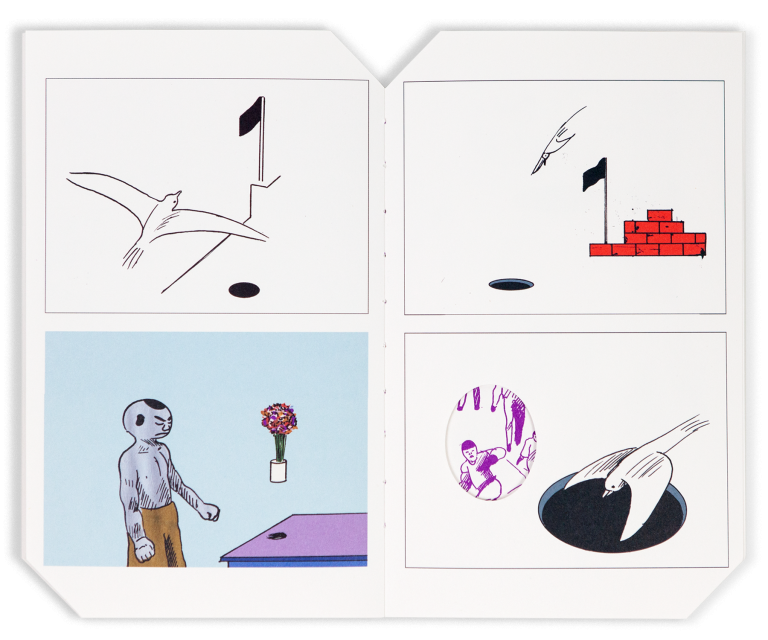 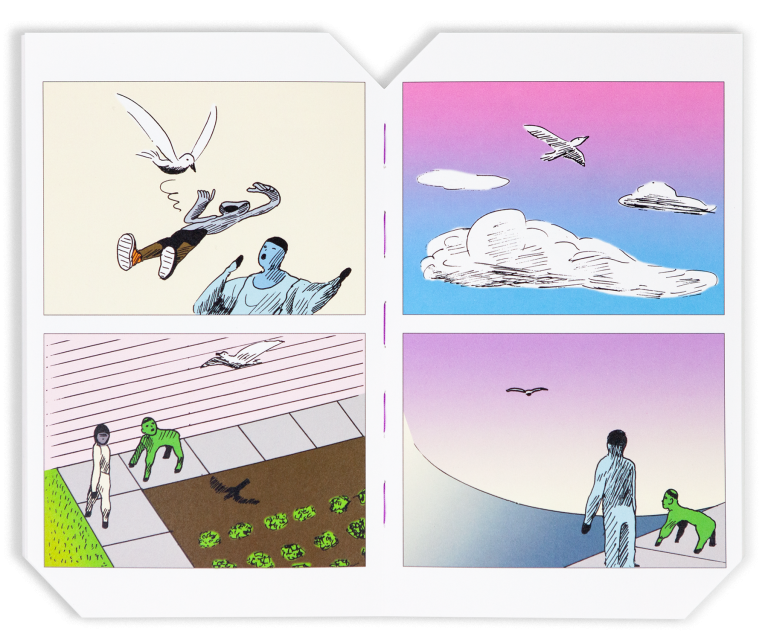 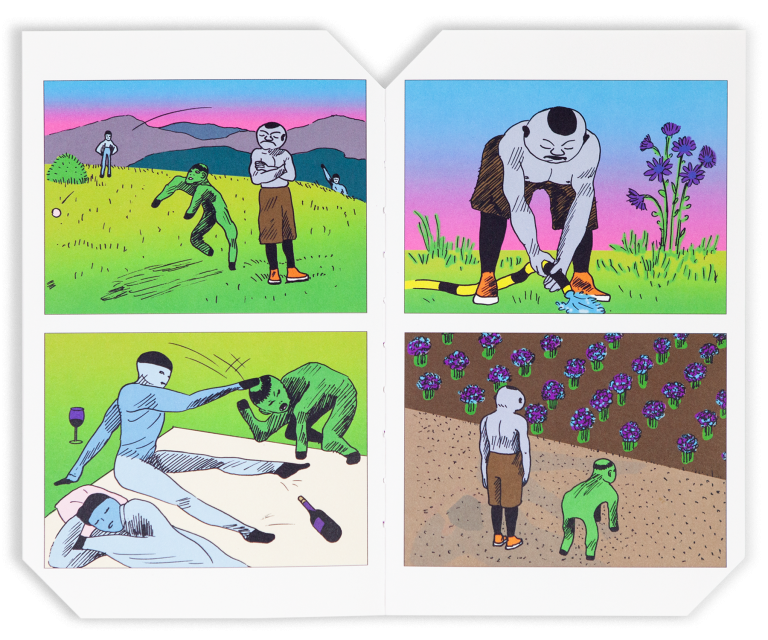